Note: The one before President Trump continues to take credit for the current economic boom. See the information below (beneath the article quote) and determine for yourselves whether such is really true.

“President Donald Trump is more than 19 months into an administration engulfed in so much controversy that it may overshadow a tremendous achievement, namely an economic boom uniquely his.During his time in office, the economy has achieved feats most experts thought impossible. GDP is growing at a 3 percent-plus rate. The unemployment rate is near a 50-year low. Meanwhile, the stock market has jumped 27 percent amid a surge in corporate profits.” Click How Trump has set economic growth on fire for the rest of the article.

The clear trend, per my notes right under the table, indicates Trump’s achievements, and not the one before him. 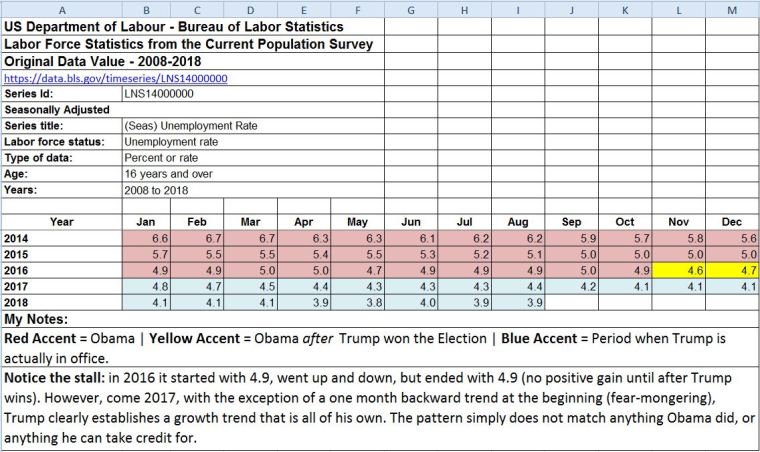 Notice the trend! The real improvement started in the second quarter of 2017, well after President Trump took office. There is no pattern here indicating a trend that the former President can take credit for.